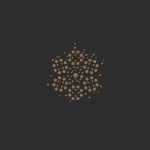 Forty days have passed since the death of Madame Larina’s husband, Tatyana and Olga’s father. Their late father’s clothes are carried into the courtyard to be given to the peasants. The late Larin’s soul sits in a rocking chair. Madame Larina is lost in her thoughts about her youth and the love she had. Tatyana, Olga, and their nanny, Filippyevna, have heard all these stories before. Tatyana is mourning her late father, but Olga is protesting her mother’s laments over arranged marriage. Peasants enter to take the late Larin’s clothes, and also to celebrate the harvest. The peasants pull Olga, Tatyana, and Madame Larina into the crowd. Tatyana tries to break free of it; meanwhile Olga finally reveals her intentions and character. Tatyana scolds Olga, and tells the peasants to leave. Their nanny enters and tells them that Vladimir Lensky has arrived and has brought Eugene Onegin with him.

Onegin, who had spent hours sitting by his uncle’s deathbed, has reluctantly agreed to accompany his friend. But upon meeting him, each of the three Larina women hopes that Onegin will become the new head of their family. Seeing the women’s obvious interest in Onegin, Lensky gets up the nerve to profess his love to Olga. Olga makes it clear to Onegin that she is single and has no ties to Lensky. Tatyana and Eugene are both sad: Tatyana over her father’s death, and Onegin over the meaninglessness of life. The nanny Filippyevna and Madame Larina invite Eugene to stay for dinner.

Tatyana grills her nanny: What is “love,” “marriage,” what does it mean to live? Filippyevna hopes that this means Tatyana has fallen in love with Onegin, and already imagines herself as the nanny for their children. Tatyana perceives “love” as an illness, and decides to write a letter to Onegin, the embodiment of her desires and illusions.

Tatyana’s bed turns into giant letter on which Tatyana, Madame Larina, Olga, and the nanny—all aching for love—take turns writing. Morning comes, and Tatyana asks Filippyevna to deliver the letter to Onegin.

Girls in stand in windows singing about their desires to have love. Tatyana is sitting in her childhood swing, reading a novel and imagining that she and Onegin are its protagonists. Eugene hears her reading and realizes that Tatyana is in love with an illusion of him, not with his true self. Eugene reveals to Tatyana what kind of person he really is. Tatyana is upset that Onegin is nothing like the hero in her novel. It angers Onegin that Tatyana won’t listen to him, so he rejects her entirely.

Olga enters; she has heard their conversation. As Onegin and Olga look at one another, they decide to break free of the rules dictated by society.

It is Tatyana’s name day. Their neighbours and late father’s former colleagues are at the house; they celebrate and show off to one another. Tatyana and Onegin feel out of place. Olga is pointedly ignoring Lensky, playing the role of a “bad girl” in order to free one other from of any perceived feelings of love. Onegin hears people gossiping about him and Tatyana; he decides to put an end to it and take revenge on his friend, Vladimir Lensky, for putting him in this awkward situation. He decides to do something to open Lensky’s eyes, and to show him just what kind of woman Olga is. But Lensky loses all self-control in his jealousy and wants to attack Olga, but Onegin tries to stop him. The fiendish pimp Triquet arrives and pretends to auction Tatyana off in a “fiancée market.”

Unable to forgive Onegin’s behaviour, Lensky tries to turn everyone against his former friend. Onegin tries to calm him in a fatherly manner, but it only further enrages Lensky. Seeing how Madame Larina, Tatyana, and Olga want Onegin to protect them, Lensky challenges Onegin to a duel. Lensky would rather die than be humiliated by Olga’s rejection.

The next morning; Lensky waits for Onegin to arrive. Lensky is having doubts. His second, Zaretsky, makes him wait—he believes Lensky has composed the most beautiful poem about happiness, love, hope, and desire. He sings about the desires felt by Tatyana, Olga, their nanny, and Madame Larina. Lensky imagines what a family life with Olga would be like.

Onegin and his second arrive. Onegin tries to convince Lensky to brush off their argument like a joke, and reminds him of the times they used to play cards and talk about life. Zaretsky gives the signal, and Lensky is killed.

After years away, Onegin returns to the city; he is still plagued by guilt over having killed his friend. He contemplates life’s hopelessness. Onegin is back in the city for the fashion show hosted by his friend, Prince Gremin. Gremin enters with his mother-in-law, Madame Larina, and his wife, Tatyana who has unwillingly followed in her mother’s footsteps. Onegin recalls how overwhelmed he felt when he met with Tatyana after having received her letter, and regrets not having accepted her love. Tatyana and Onegin understand that they missed the greatest opportunity of their lives. After the fashion show, Onegin decides to write Tatyana. He finally feels alive and in love.

Prince Gremin’s home; Tatyana’s room. Tatyana tells her mother about her feelings for Onegin and begs for her mother’s understanding. But her mother dismisses her and leaves. Onegin enters; he asks Tatyana for her forgiveness, and for her to listen to what he has to say. Tatyana fights with herself, trying to quell her emotions and reject Onegin. They know they love one another, but cannot do anything about it because it would destroy the lives of others. In an instant they experience the love of a lifetime, and have to turn their backs on it. The room turns into a mausoleum for love from which it cannot be resurrected. Tatyana leaves, and Onegin falls into her father’s rocking chair. He believes he can see Tatyana’s parched soul.

Kiára Árgenta january 28, 2018, 11:39
In ‘Eugene Onegin’, Tchaikovsky slowly sets the mood for the arctic darkness of his later opera, ‘The Queen of Spades’. Jānis Apeinis in the title role is full of powerful conflicting emotions, toying with Tatyana and Olga and killing his friend Lensky, Mihails Čuļpajevs, in a duel. To Onegin, life is meaningless. The restlessness and hopeless searching for happiness someplace, somewhere, anywhere is a feeling so many can relate to. Onegin is not a cruel man as he genuinely regrets his flaws and actions, more a self-destructive whirlwind.

The costumes, courtesy of Amoralle, and Mihails Kramenko’s set designs are dazzling; all glitz, glamour and an ever-shifting beauty with the composition of characters on stage as carefully considered as any art gallery masterpiece. Rēzija Kalniņa as director creates a glossy, precise yet powerfully dramatic interpretation.
Tchaikovsky’s love for the character of Tatyana is clear as she transforms butterfly-like from naive, tender-hearted girl into a self-possessed regal beauty. Evija Martinsone as Tatyana and Laura Grecka’s flirty, playful Olga provide a contrast to the rich tapestry of duets and quartets of the protagonists.

Onegin aimlessly wanders the world, returning years later; he is unchanged, whereas Tatyana is now a rich socialite. He wants her back; it is human nature to desire love lost. Tatyana is now the one to reject Onegin, but the victory is hollow. She still loves the careless man before her, but it is too late. Once there was the promise of everything, now time has destroyed it. She disappears in a shimmer of diamonds and tears leaving Onegin despairing, contemplating once again the futility of life.